5 Everyday Things That Make Us Sick 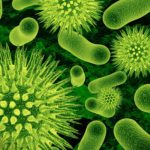 Viruses don’t have the ability to sustain life on their own. Instead, they have to find a host cell to attach to, and when a living thing is exposed to a virus this attachment is made. Viruses can live on various surfaces and be spread through daily habits like rubbing your eyes, touching your face, or biting your nails. Five of the most common places viruses live are your cell phone, women’s purses, office keyboards, shower curtains, and remote controls.Keyboards
Keyboards have been found to carry 5 times the amount of bacteria found on a door handle or in a toilet bowl. The main cause of germ infected keyboards stems from individuals eating lunch at their desks because the food deposits influence the development of bacteria.

Although cell phones have become an essential part of daily life, many people don’t realize how many dangerous diseases their cell phones carry. The average phone carries 18 times more bacteria than a toilet bowl. Germs can multiply in warm places and the heat your phone generates on its own, as well as through the face and hand contact, makes your phone a great place for viruses to live. It’s not just your phone you need to watch out for; 30% of viruses make it to your fingertips by touching someone else’s phone.

Remote Control
Viruses can live on remote controls from anywhere between a few days to a few months. One of the contributing factors to longer lasting bacteria takes place in homes where individuals eat oily snacks like pop-corn or potato chips while watching television. The oil deposits on the remote offers the virus protection. In a study done by the University of Virginia 50% of remotes were found contaminated with the rhinovirus, which is a germ, that causes the common cold.

Purses
It’s rare that you will ever come across a woman who doesn’t carry a purse with her everywhere. The bottom of a woman’s purse has been found to carry not hundreds, or thousands, but tens of thousands germs. The bacterium that’s been found on the bottom of purses is fecal bacteria, which is similar to the bacteria found on the floor of a public restroom.

Although this information may be scary, it’s important to know how often you’re in contact with dangerous diseases. Take the proper precautions from viruses spreading by cleaning regularly.